VOTE AT THE JULY 28 NOMINATION

Voting will take place on Sunday July 28 at the Roundhouse Community Centre in Yaletown.

If you would like a ride to the voting station, we have volunteers who would be happy to pick you up at your house. Please call 604-398-3846 or email nomination@morganeoger.ca to set up a pick-up time.

Voting must be done in-person.

Official Notice from the party

The Vancouver Centre federal NDP riding association wishes to inform you of the details of the upcoming nomination meeting.

Voting is by ranked paper ballot. There are no advanced polls and voting by proxy is not allowed.

To vote in the nomination meeting you must be a member in good standing by June 28, 2019 and live in the riding of Vancouver Centre. In order to vote, you must appear on the NDP membership list and prove your identity and address.

The last day to register as a candidate in the nomination is July 13, 2019.

The candidates have provided short biographies below.

On behalf of the entire executive I would like to thank-you in advance for your participation in the nomination meeting.  Should you have any questions please do not hesitate to contact me. 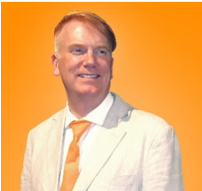 I know firsthand how devastating it is to have nowhere to turn when you are desperate. I cared for my mother as Lou Gehrig’s disease slowly took her life and the government denied us assistance. There was only so much time my dear friends and community could spare to help. After my mother passed, I helped raise funds for the ALS society and realized how important non-profits are in filling these gaps, and continued working as a fundraiser. I now also work as a teacher and activist. I’m running for office to take the next step in this mission.  Thank you!! 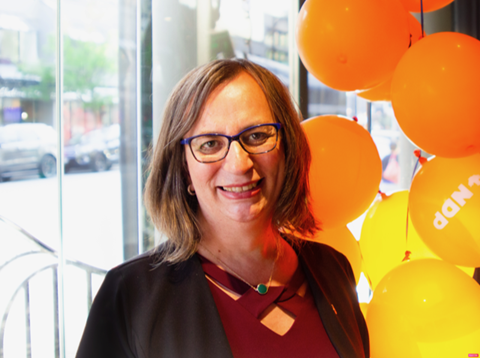 A highly engaged New Democrat organizer, Morgane Oger is Vice-President of the BC NDP. Morgane helped extend human rights law in BC and Canada, and then defend it at BC Human Rights Tribunal. Past Chair of the Vancouver District Parent Advisory Council, Morgane helped parents stop VSB from closing 12 schools in 2017. Morgane has changed policy at all levels of government and maintains an excellent working relationship with sitting lawmakers on all sides.

Morgane was the 2017 NDP candidate in Vancouver-False Creek and ran as an independent candidate in the 2018 School Board election. First moving to Vancouver-Centre in 1990, she is now raising her two children downtown. Morgane speaks English and French fluently, holds an engineering degree from UBC, works in Technology, and was awarded the Meritorious Service Medal by Governor General Payette. 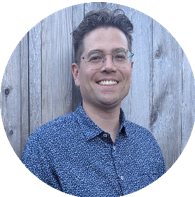 Breen is a 42 year old Métis man married for 17 years to his partner Cammy. In 2014, they made Metro Vancouver their home together.

As a Commission Counsel lawyer for the National Inquiry into Missing and Murdered Indigenous Women and Girls, Breen conducted trauma-informed examinations of over 60 family and survivor witnesses in nationally televised public hearings and in-camera private testimony.

Breen has also been an elected union steward, a trained union counsellor, and an elected OH&S committee member of CEP Local 1-S at SaskTel, as well as a manager in Indigenous governance and a small business entrepreneur.