An effective advocate for you

An advocate for justice and inclusion

Morgane has been widely recognized for her advocacy work in human rights, education, public safety, and inclusion.

Morgane worked with Vancouver Police to update their policies to make policing safer and more just. Morgane helped False Creek live-aboard residents be heard at city hall. She helped Olympic Village neighbours get a voice and meet Parks Bard commissioner about how Creekside Community Centre is safely operated as an emergency warming shelter. Morgane organized parents across the city to stand up to the Vancouver School Board and stop 12 school closures.

Morgane advocated for adult education to make sure our most vulnerable youth have access to education near where they live.

Video: The importance of my Human Rights Tribunal win against Bill Whatcott

In 2018 Morgane was awarded the Meritorious Service Medal on behalf of the Queen. In 2016, Morgane was named "National Hero" grand-marshal by Vancouver Pride Society. Morgane received the Kimberly Nixon Pride Legacy Award for her transgender rights advocacy and the Shakti Feminist Society's Trailblazer Award for helping make things better for transgender women in Canada.

The Morgane Oger Foundation, which Morgane founded in 2017, is developing software to help track hate-based violence, sexual assaults, and acts of discrimination by service providers to help shed light on hatred and oppression by making data available to policy makers on thes chronically under-reported problems. 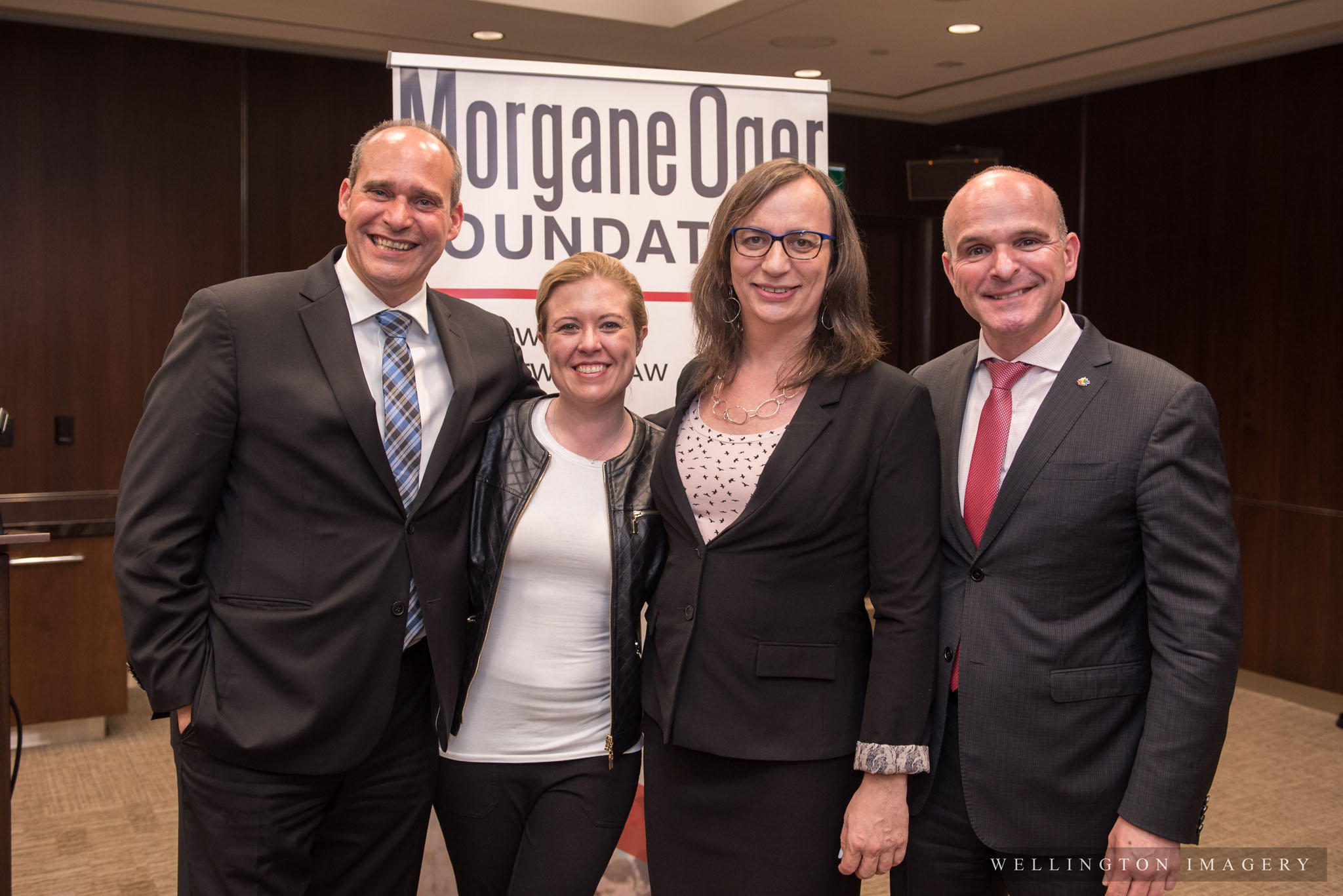 Morgane works at all levels. In May 2019, Morgane testified as a witness to the House of Commons Standing Committee on Justice and Human Rights and gave six recommendations for how to address online hatred. In June 2019, in its annual report, six of the eight recommendations from the Committee reflected Morgane's recommendation.

Morgane works with everyone. She has met with Liberal, Conservative, and NDP lawmakers to push for justice and inclusion and to help protect reproductive rights in Canada.